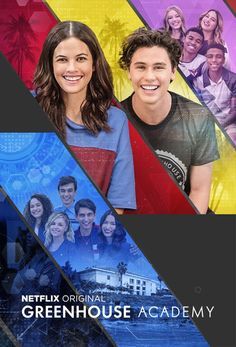 What's on your mind?

Hello! This is a new blog post that will include new blog post rules. Since our community is growing more and more each day it is important that I touch up on a few do's and don'ts for blog posts

(These posts have all been done in the past and you are duplicating them by creating these over and over again. I will delete any that are done again)

(When you are referring to a specific topic, tag the pages. Same thing with categories and check over your categories before posting)

Have a happy time editing!

Just think about it, Alex does seem adopted. For starters, have you noticed he barely ever talks with his dad? Compared to Hayley, he has like no relationship with neither his Mum or Dad. Also, have you noticed he has a different persona from his family, especially in the 1st season. The only time we got something was when Alex hugged his mum and dad {which is something we would probably all do in this problem} but that was pretty brief. I know some people are different from their families but it seems like something more. Personally, I think Alex knows because he wouldn't be distinct if he didn't know, right? Hayley is probably not adopted, she acts and looks like everybody in her family. The only flaw to this is that Alex does look like his family a bit. What are your opinions on this?

(edited by administrators)
The RavensThe Eagles

Honestly, I know that Alex was supposed to be a main character but it sure didn't seem like it. Honestly, we didn't get to see much of Alex in season 2 onwards and he just kind of become a side character. Leo and Daniel on the other hand stepped up their roles and they became more of the main characters.

- Got to say, I liked Leo in S1-2 but after S3 he became such a whinyhead and even Becca was better than him. I'm a Hayleo shipper but nah I couldn't with Leo's character

Daniel: blech I’ll try not to hate him

Leo: how about absolutely not

Enzo: NO I WILL NOT TOLERATE THIS BEHAVIOR

Owen: meh not really my type

Meredith: no rude no

Enzo- funniest mf on the show

Anyone else I missed?

Does anyone realize how different these three characters act in the first episode compared to the rest of the show? Like in the beginning Sophie and Brooke are making fun of max living up to the role of basically sharpay Evans. And Parker is giving Tyler the cheat codes. In the rest Sophie is more kind and independent, Brooke (though she has her diva moments) is a bit more likable as we progress into season 3 and 4 and get to see Brex evolve, And I think the most obvious one is Parker. Obviously he was Daniels side kick for season 1 and most of season two but in season 3 and 4 he sticks with Sophie more. He’s more kind, fun, and a bit more normal. (Except when he made all the eagles ostracize Sophie but he had a right to do that)

The show is really stereotypical, I mean they portray the sports guys as bad and the geeks as good, the captain of the team is a total d1ck before Sophie and just so much more. The relationships as well were quite stereotypical. A cheerleader and a football player yk. Even the whole thing with switching teams and how the popular girls are all snobs and rude, Another thing was that the girls cheerlead while the boys played b-ball. This is the 21st century, please grow the f up. The show also didn't include that many POC and I'm not saying that the show is bad, which it isn't, but its really cliche and I don't understand why I had an obsession with this show months ago. But its still one of my top shows so...

Our wiki has been dying down over the last couple of months and it isn't as active as many other wikis. I can list down examples but I would just like to ask you all to do something. First, try to promote our wiki so that we get more traffic coming into our wiki such as using platforms (ex. Tiktok, IG, Snap etc.) Secondly, if you are an existing member, please try and edit pages to the best you can. Even if you fix a spelling mistake that's alright. The discussion posts don't count to our wiki so its alright if you do them, but I would just like more editing on pages. Thirdly, try to make sure that our wiki is a safe place and that there are no vandals on our wiki. If you guys can surpass over 100 edits and have at least 2 months of experience, I can put in a good word and you may be able to become an admin just like me. An admin is someone who is the "boss" of the wiki. Lastly for anyone that wants fanfic, I'll try to write a new chapter tomorrow.

There's a bunch of characters who deserved their own storyline/background story! Share your opinions down below! There's plenty of characters that deserve a better story line, but some barely got one. Sorry if I missed anybody!

I just realized someone switched the title to say i feel alive yeah. I LOVE IT!!!! lmao

Katherine just looked at us like we were crazy. "So it was your first day here and you already slept with him, wow" she said, looking unamused. "Someone has definitely lost their v card before" she said happily yet bored. "Oh f*** off" I told her as I stormed out of the room. Roman followed behind me. "Damn bro, just chill" she said as she took a bite out an apple. "I hate her" I told Roman. "She's an ass" "I heard that" she said as she walked out with a smirky smile. "What do you want?" I asked her. "Nothing, I hate teenage drama, its so stupid but hey it gives me a good laugh" she said smirkly as she flipped her brown curly hair behind her head. "Don't worry about it" Roman whispered cutely. I nodded at him and then came into contact with Lexi. "Hey lex, what's up?" "Nothing, have you seen the new eagles? Some of them are hot af" "LEXI!" "Girl why are you screaming at me when you legit slept with the first boy you put your eyes on when you walked into this school" Lexi told me. "Ugh fine but they are our competition" "And... your point is?" "Fine whatever, its ok" I walked outside my clubhouse when I bumped into 2 girls. "Oh, I'm so sorry" "Whatever" one of them said "No, you need to apologize" the other girl told her. They were both tall and had brown hair mixed with Carmel highlights. They wore a full face of makeup and had a cute tan. They both wore necklaces around their neck, which spelled out their names. One's name was Rosalie and the others was Rayna. "I'm so sorry about that, my sister isn't generally the most kind. I'm Rayna by the way" she shaked my hand. "Cleo" "Ugh fine I guess, I'm sorry. My name is Rosalie if you were wondering" the other girl said. "Rosalie? Were you named after Rosalie Hale from Twilight?" "Yeah" she smiled at me. "Well, we are Eagles and we need to get going, bye now" Rayna told me. "Oh they are so hot" Lexi told me. "LEXI" "What, they are omg I think I might be crushing" she told me. "Oh hey guys, I'm Amanda and I'm a transfer from London. I grew up there and I was one of the smartest kids in my country, hence why I transferred" she said with an accent. Amanda was really pretty, her blonde straight hair as it dropped down on her shoulders and her green eyes. She wore a plaid dress with some black tie heel boots and she wore a red scarf around her neck. Her suitcase was brown with a handle and covered with stickers that said "I love London" or "Graduate of London's Finest" She seemed like a person who would boast a lot. I looked over at Roman and he looked at me. We shared a small kiss before I headed downstairs for some food. "Hungry?" "I flipped my head backwards. It was Katherine" She threw an orange at me before she laughed smirkly. I took a quick look at her neck. She wore a blue necklace with a big stone on it. I felt like doing something to her, but I couldn't.

If you guys are confused about Lexi's sexuality, our queen Lexi is Pan :) 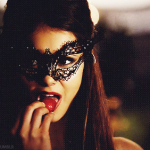 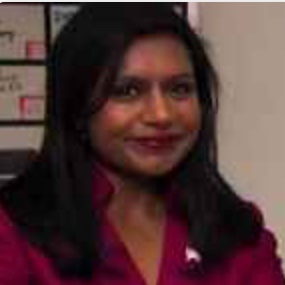