Hayley and Leo have been shipped since the very beginning of the Netflix original Greenhouse Academy. Their full names are Hayley Woods, and Leo Cruz.

They are attracted to each other immediately due to their interests in music and education. They start off as friends, but after Leo kisses Hayley their dynamic changes. Their dynamic of chill friends turns into a romance. They begin seeing each other as a couple and eventually attend the Halloween Dance with each other. As they dance, Leo reveals he had written a song for Hayley, he performs it on stage, when a girl named Aspen Fairchild runs in shouting Leo’s name in excitement. She is revealed as Leo’s long distance girlfriend as she smothers him with affection and kisses him. Hayley grows bitter.

In Season 2 of Greenhouse Academy the show returns with Aspen, joining the Ravens permanently. This was an exception,because normally the Greenhouse doesn't accept students mid-way through the year, but since she had been accepted the year before (but then chose to go to London) she was allowed to apply to the Greenhouse. Hayley isn’t pleased by this, but after a talk with Leo, she assures him everything is okay, although, it is then later revealed that she’s not okay, and was emotionally affected by Aspen's arrival.

Leo grows to dislike Aspen's behaviour around the school more and more, realising he is in love with Hayley. Hayley knows she cares about him but won’t tell Leo how she really feels. As Hayley grows closer to Daniel, Leo appears jealous and at the end of the finale of Season 2 he finally admits to Hayley that he is in love with her, and wants to be with her. She gives him a small smile and a warm hug saying, “I better go” and then she leaves towards the door (but not before saying goodbye to Daniel as well.) During her goodbye to Daniel, he kisses Hayley and then she leaves heading for home. The season wraps up with her hanging out in her bedroom later texting an unknown contacting saying “Do you wanna drop by?” Season 2 leaves us on a cliffhanger due to the mystery of whether or not Hayley was texting Daniel, Leo or possibly even another visitor.

Hayley first sees Leo walk by, after Alex has managed to pass his written entry exam for the Greenhouse and Leo later accompanies Hayley at Alex's physical exam, showing concern towards the fact that Alex was playing against Daniel, who Leo knew for his sneaky tactics. At the end of episode 4 (Private Screening), Leo comes to Hayley's house to convince her to come back to Greenhouse. In episode 5 (Black Smoke), it shows that Hayley comes back. At the end of the episode, their friendship took a sudden turn when they kissed.

In The Hike the episode starts with Daniel Hayward and Leo fighting on a cliff. This obviously meant that Hayley had picked between them. It is soon revealed that Hayley is dating Daniel. Leo, jealous, and still having feelings for Hayley, ignores her most of the time. When Hayley invites the Eagles to study and kisses Daniel. Halfway through the hike, the Ravens and Hayley have an argument, making Hayley switch to the Eagles. When both teams spot the final flag, Daniel and Leo run to get it and end up fighting each other.

In The Perfect Solution when Ryan Woods is made Headmaster of Greenhouse academy, Ryan wants to have a discussion with Leo about Hayley when Hayley comes in.

In The Interrogation, as Hayley comes to the Ravens‘ clubhouse to pick up her stuff, Emma Geller urges Leo to stop Hayley. Leo stands up but when Hayley comes in, he sits back down.

It’s obvious during the season that Leo hates the affection Hayley shows Daniel. Becca during the series has had a crush on Leo and in Your New Best Friend kisses Leo after losing the challenge which Hayley helped the Ravens win.

In Old Trophies Becca announces without telling Leo that they are dating. Leo is uncomfortable with the over-affection she shows him and when Ryan asks Hayley about his relationship she thinks that Leo hates it. Frustrated with Becca he breaks up with Becca saying his heart is with Hayley

In The Hidden Flag Hayley knows that the Eagles predict the Ravens too much and after they lose, notices their bad behaviour. During the challenge she and Leo tease each other.

In The Beeps Hayley notices a beeping noise coming from Jason Osmond’s old room and with enlisting the help of Brooke Osmond, Leo and David, discovers a secret room that controls the cave‘s opening and closing. They send David and Leo to go to the cave but during the journey, David gets a call from Coach Davies saying that if he didn’t get to practice he would be kicked off the team. As David leaves Hayley joins Leo in the cave. As they enter the cave, they turn off the beeping noise as the magnetite starts heating up. Hayley and Leo start coughing from the toxic gas that is being released and wait for Brooke to open the door. In the awkward silence, Leo asks Hayley how she is doing and she says “Good, but not too good, no one can be all good.” Finally the door opens and they run out but then Hayley steps on the pressure plate that sets a bomb. She realises and cannot move. Brooke thinking they are out closes the door. Hayley and Leo cough more vigorously and Hayley says sorry for everything. Leo replies “Well that‘s what made me fall in love with you Woods.” As the door opens again, Hayley urges Leo to run and she’d run after him. After he runs she tries to run but sets off the bomb, the cave crumbling down. Coughing weakly Leo says “Hayley.”

In Rock by Rock, the season starts with the opening of a little recap on the ending of Season 3 with Leo leaving Hayley under the rocks as she tried to run away. Leo is found, with veins in his arms visible and blue unconscious and is taken to the paramedics, yet Hayley is nowhere to be found. Later it is revealed that she is still under the rocks in the cave and people start excavating the rocks to find her. This is soon proved to be impossible without finding her dead so they decide to drill into the limestone against Daniel Hayward’s will, due to the fact that it may kill her. Yet while in the cave it is revealed that Hayley is alive and bruised, but with the same blue veined arms. But she then spots a stream of water coming through the cave and drinks it, curing her of the virus. During her dream she sees her then boyfriend Daniel Hayward playing the guitar but it disgusts her but when she comes to see Leo Cruz holding a box and she smiles before asking him what is in it. He just replies “Something that will save you.” And when he opens the box it reveals a mouse which she later sees in the cave. As she spots the mouse the drilling begins and she has to crawl after the mouse, saving her life. 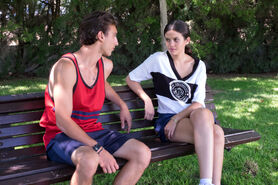 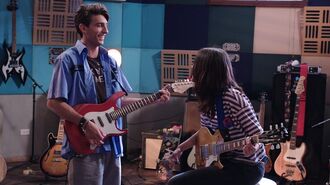 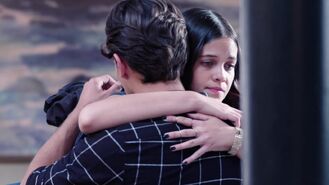 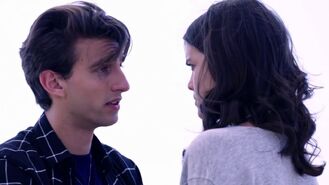 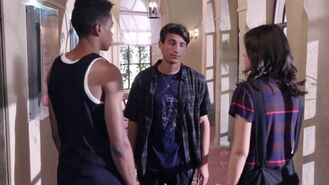 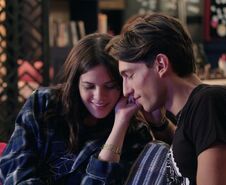 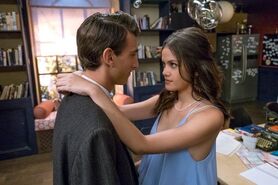 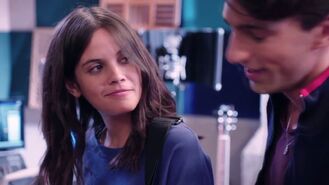 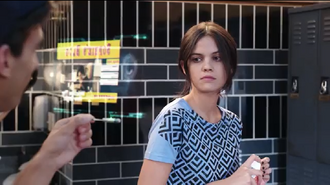 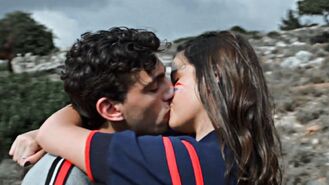 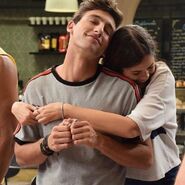 Hayleo
Add a photo to this gallery
Retrieved from "https://greenhouse-academy.fandom.com/wiki/Hayley_and_Leo?oldid=33530"
Community content is available under CC-BY-SA unless otherwise noted.